Brian started his coaching career in 1994 as a swim coach. That experience hooked him on coaching. In 1997 he started as a triathlon coach for the legacy business to Accelerate 3 Coaching. For 20+ years he has coached pro’s racing ITU to Ironman and age group triathletes from beginners to World Champions. He also coaches runners, bike racers, duathletes and other endurance athletes across the globe.

Brian received a BS from East Carolina University in Exercise Science. He speaks to triathlon clubs and camps across the US on training with power.

As the co-founder of AeroCamps he is one of the leading experts in the world in wind tunnel testing of triathletes and equipment. He advises and consults on R&D for global manufacturers and numerous athletes on aerodynamics. 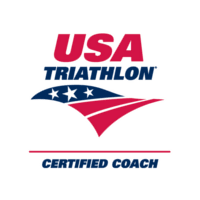 Dusty started in triathlon in 2010. Ever since then, he has been a student of the sport. Known as a jack of all trades, Dusty embodies the idea of taking whatever he does in life to the extreme. He is a constant learner and is never satisfied with his current level of understanding and knowledge. From racing cars to flying airplanes, Dusty takes what he does very seriously and becomes the ultimate student of it. Mentored and coached by Brian since 2011, he shares the same philosophy on training. Being precise, yet simple. He understands the sport better than most and has an amazing aptitude for pulling success and greatness out of his athletes. Extremely flexible in his approach and available to answer questions, Dusty brings everything to the table that you would expect from a top level triathlon coach/mentor.

James has been coaching for eight years and has been directly influenced and mentored by his own two long term coaches. He began triathlon life as an age grouper with no experience in swimming and running and eventually progressed to racing in the elite field. He has raced road bikes, triathlon bikes, time trials, mountain bikes, endurance mountain bike races, stage races, sprints, olympics, halfs, fulls, XTERRAS, and even a beer mile or two. All of those experiences have helped inform both his coaching styles and personal outlooks on coaching and competing. He loves to train, loves to race and as a triathlon coach making people better at those two things offer immense satisfaction!