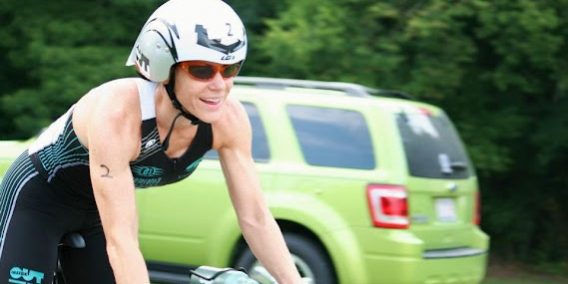 This past weekend saw some Accelerate 3 athletes kick ass. The first four race results rolled in and the worst anyone did was second overall, By the time the weekend was over, it was top 2 or top 3 in their AG for everyone. It’s hard to figure out which it the best performance on a whole this weekend. Jenny grabbed two overall wins in triathlons this weekend and how can you not start with that?

Jenny pulled the Stumpy Creek Double Double. On Saturday she won the olympic distance race by a rather comfortable margin of 6:20. On Sunday she turned around and won the Amica sprint addition of the race by a few ticks short of 5 minutes. This should give her enough points to vault into the lead of the Inside Out Sports NC Triathlon Series for the women and place a strong claim to the first prize check of $1500.

On the men’s side of the race, James bounces back from a disappointing weekend last weekend where he went off course, to posting the fastest bike split of the day to leave T2 in the lead. He came home second across the line grabbing some more points towards taking the overall series win this year.

It’s pretty rare when there are two Accelerate 3 triathletes in the same race, even rarer when they both place in the top 2 overall. Congrats to both Jenny and James for laying some wood to their competitors.

Heading a little further south Chad qualified for and raced the USA Cycling Southeastern Time Trial Championships. In the Cat 5 men he had already been crowned AL State Champion. This weekend saw him take the top spot in the Men’s Cat 5 Time Trial to be crowned Regional Champion. He averaged over 25 mph to win this closer to 41k then 40k TT by 1:45 over his next competitor.

Moving west Nick Baldwin raced the highly competitive Boulder 70.3 race. This is the second 70.3 race he’s done this season and the second where he takes a top 3 spot in his AG. He finished 3rd in the M18-24. This is his third race in four weekends and the third race where he’s claimed a 3rd position. The other two were sprint or olympic distance races in CO. In those races not only was he third overall but he also picked up a cool $100 for each of those finishes. This 70.3 capped off a nice block of racing. Now Nick gets to put his head down put the finishing touches on his training for the 70.3 LV Championships and Kona.

Another race, another $100 for Nick