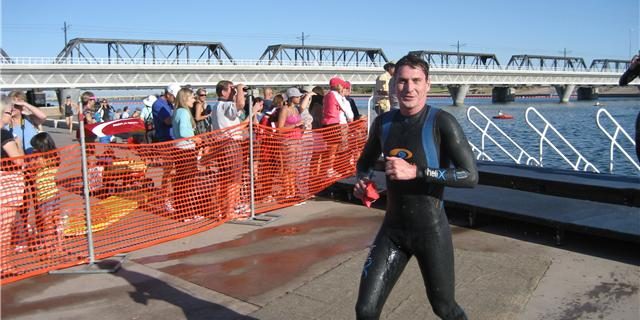 It was a good weekend for Accelerate 3 athletes. 3 races in 3 states with 3 podiums. Once again proving that good things come in 3’s.

Kerry raced the Florida 70.3. What does she do this past week? She gets a new bike. Then proceeds to ride to the 4th fastest bike split in her AG, which I might mention is her longest ride on that bike. Not content with that, she throws down the fastest run in her AG, the second best overall female AG run split and the 13th fastest female run of the day. Not to shabby for her second ride on the new bike. I’ll post her power numbers as soon as I get them.

I raced the Tempe International Triathlon today. It was awesome to see a lot of my Trisports.com teammates out racing and placing in their age group or overall. After swimming a bit off course, I ended up 7th Overall and won the M35-39 AG. I started the bike and my legs were flat. The watts were low and I was riding like a pussy. It took getting passed, only for a bit, for me to snap out of it. I rode the second 20k loop 1.5 minutes faster and just over 20 watts higher then the first loop. I ran roughly the same time as last year, but the run was about .4 longer this year. I’m exiting the water here. Thankfully, other then the guy right behind me, I still had a decent gap on the rest of my AG field with only one guy out in front of me. AP/NP 238/251 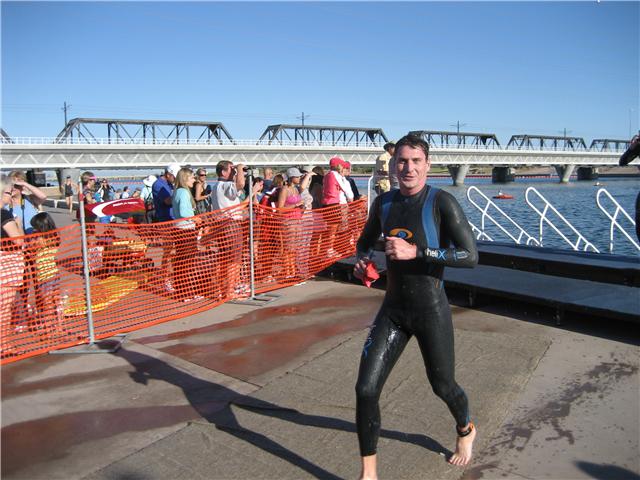 Rich used the fastest run split of the day to leapfrog from 5th after the bike to 2nd OV at the Peachtree International Triathlon. Midway through the bike people started launching attacks. Rich just rides smart, in control, letting everyone chase each other down. Exiting T2 he put the wood to them, making some people rather unhappy as they tumbled down the results sheet. AP/NP 273/280 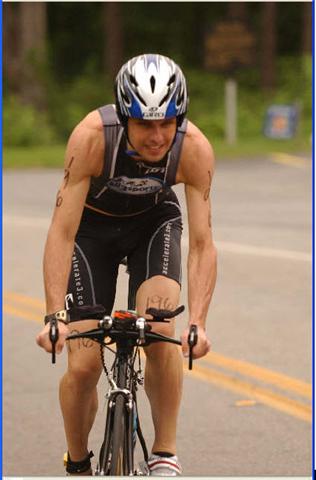