Reap What You Sow 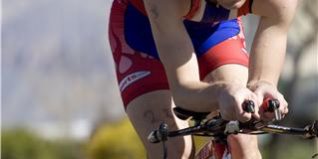 All in all not a shabby weekend. Met two of the athletes I coach, Noreen and John, which is always nice to do. Saw a bunch of people I haven’t seen in a while. Hung out on the beach, went body surfing/swimming Friday in the ocean. Had breakfast with several of my Trisports.com team mates. Had several people over after the race to drink beer and grill some food. Got some first degree burns playing with the gas grill. I’ve never grilled on gas before and well, my wrist proves it.

Endurance sports are great. Typically what you invest in is what you get out of them when you race. It’s hard to fake being fit for a 4+ hour race in a 4+ hour race. I’m not fit and there was no faking it. I did set a few PW’s (personal worsts) though. I believe my 29:30 swim might be the worst of my career. My 1:33:23 run was the worst and my overall time was only a few minutes off my slowest half ever. All in all about what I expected. The good thing is, besides being a long way to drive to find out your not fit, I saw some positives in there as well. 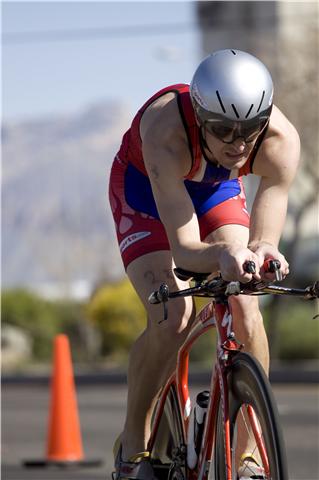 The fact that I ran 1:33 and was never in damage control or worried about maintaining pace is an indicator of how much I’ve run over the last four years. I actually felt like I was running about 1:40 pace. Instead it was about what I typically run per mile when I’m just out running. I’m also not as shelled as I usually am after a half. I rode very smart, using my watts uphill and into the winds then stayed low and aero with the cross and tail winds, stayed 10m back if a group formed in front of me which wasn’t very often (unlike #972 who didn’t even attempt to hide his drafting) and I stayed out of the crash #972 and 3 others almost got in. One dude on a red bike went down. 4 triathletes pressed against the cones = trouble. Red bike dude caught a cone with his front wheel and tumbled, hard lesson to learn about drafting. For those power geeks my Average Power was 206 watts, my Normalized Power was 224 watts which put me in with a 2:31:57 bike ride. 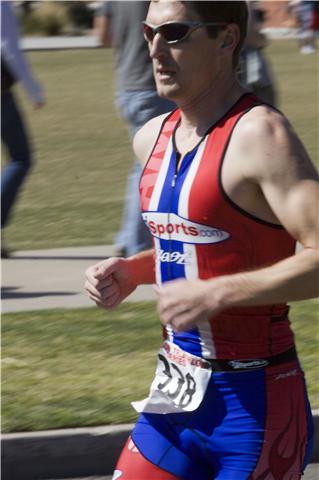 I also re-learned that Sram Red rear derailleurs suck. On Thursday at 4pm, as we were about to leave to head to CA, I had to take it to Phil at Pima Street Bicycles. He bumped my road bike off the stand where it was getting it’s 18 month annual tune up to recable the soon to have a DA or Ultegra rear dérailleur TT bike.

Could it have been better? Yeah, it could have been. Could have it been worse? Again yes. Do I need a new rear dérailleur? Damn skippy I do.