The Most Awesome Thing About Coaching

Why do I still coach after about 15 years of it? Partly because of the challenge. Partly because I like helping others achieve and succeed beyond their expectations, partly because I think I’m pretty damn good at it. About 2-3 years ago, I almost quit coaching. One day, probably in the next few years, I will. One of the main reasons I still coach is because of the emails and phone calls I get from my athletes, like the one below from Cory. Here is an athlete that has struggled over the last five years with some issues. He has a weird work schedule that allows him only running and the occasional swim and bike for 3-4 months of the year. After many emails and phone conversations, there was a challenge presented from our conversations, something that his previous coach couldn’t help him do, something that he was frustrated over, something he was struggling with that I thought I could solve. This is why I coach, the process that coaching is and the emails, phone calls and texts like this. Read below. 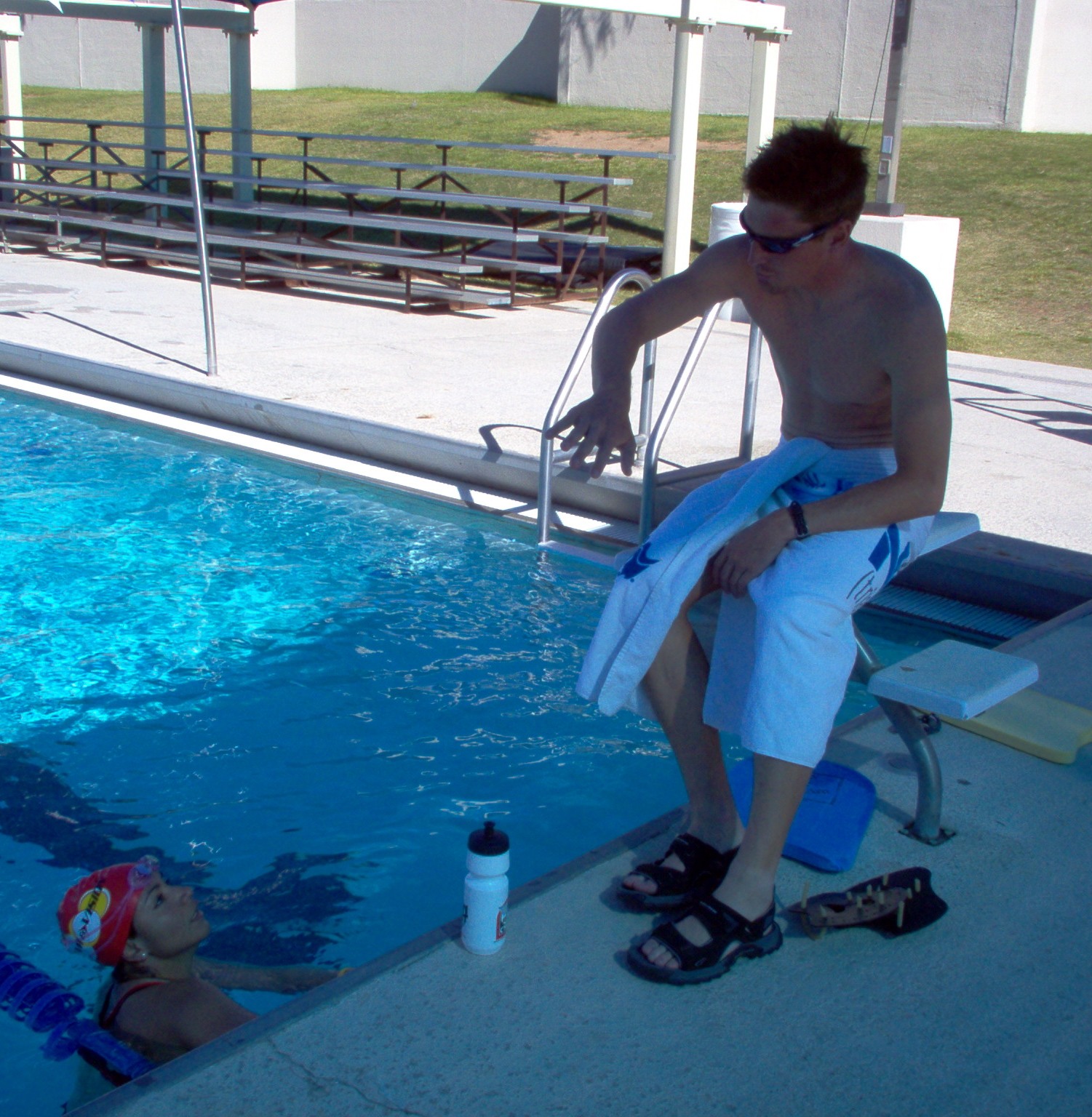 It’s taken me 5 years of attempts to finally have a race that I don’t puke, I don’t stop and walk, I don’t watch people pass me that I know I should be faster than. I can’t even begin to tell you how happy I’ve been the last 24 hours.

Swim: The swim went awesome I came out of the water 5th overall. I was really calm and comfortable swimming to the point that I forgot I was in a race. I could have easily kept swimming another lap. Swim time 28:16

Bike: The bike course was a loop through the town and then out on the highway to a turnaround and back. It was uphill with a bunch of rolling hills pretty much all the way to the turnaround. On the way out there was a headwind blowing. The first hour I stayed pretty conservative right around 220. After an hour I upped the wattage to 230-235 because I knew that on the way back I would be coasting on some of the downhills. I just kept my head down and pedaled my way through the wind. Once I hit the turnaround I tried to stay around 235-240 and ride with the wind and downhills as much as I could. It took 2 hours to get to the turnaround and a little over an hour to get back. Looking at my power file I was pretty happy at my pacing through it. According to my PT the course was 58 miles instead of 56. And after I got done I could have kept on riding if I needed to.

Run: My arch nemesis. The course was an out and back twice with one big hill in the middle. I started the run conservatively and built into it like you said. After 4 miles I was kind of waiting for the bonk to come and my legs to die out, or my stomach to get sick, or something to happen. When nothing did and I kept running, especially up the hill, I was on cloud nine. Once I hit the turnaround and had 3 miles left I just went for it. I powered up the hill and cruised comfortably on the way back to the finish with a smile on my face from ear to ear. According to my GPS the run was short by almost a mile and a half. The RD said it was short in the briefing, but I could’ve kept going the last 1.5 miles at my pace easily. My first mile was a 7:27 and my last mile was a 7:33.

This is the best part. When I was done I was thirsty, but I had NO stomach problems. NO cramping. Nothing. I was just tired that’s all. It was awesome. 30 min later I was drinking the first beer of the night. Even today I’m not sore at all just a little tired.

So that’s it, the first successful race I’ve ever had over an olympic distance. A new PR of sorts with a long bike and short run but I’ll take it. I was fit, prepared both physically and mentally, and confident. I can’t thank you enough for this. I can’t wait for IMSG. It’s going to be tough but I know i’ll be ready.

If there’s one that has become very obvious to me these last couple months it’s this. You know your shit. There’s no gimmicks, no fancy this or fancy that. Let me guide you in doing hard work and results will follow.