Why Coaching is Awesome 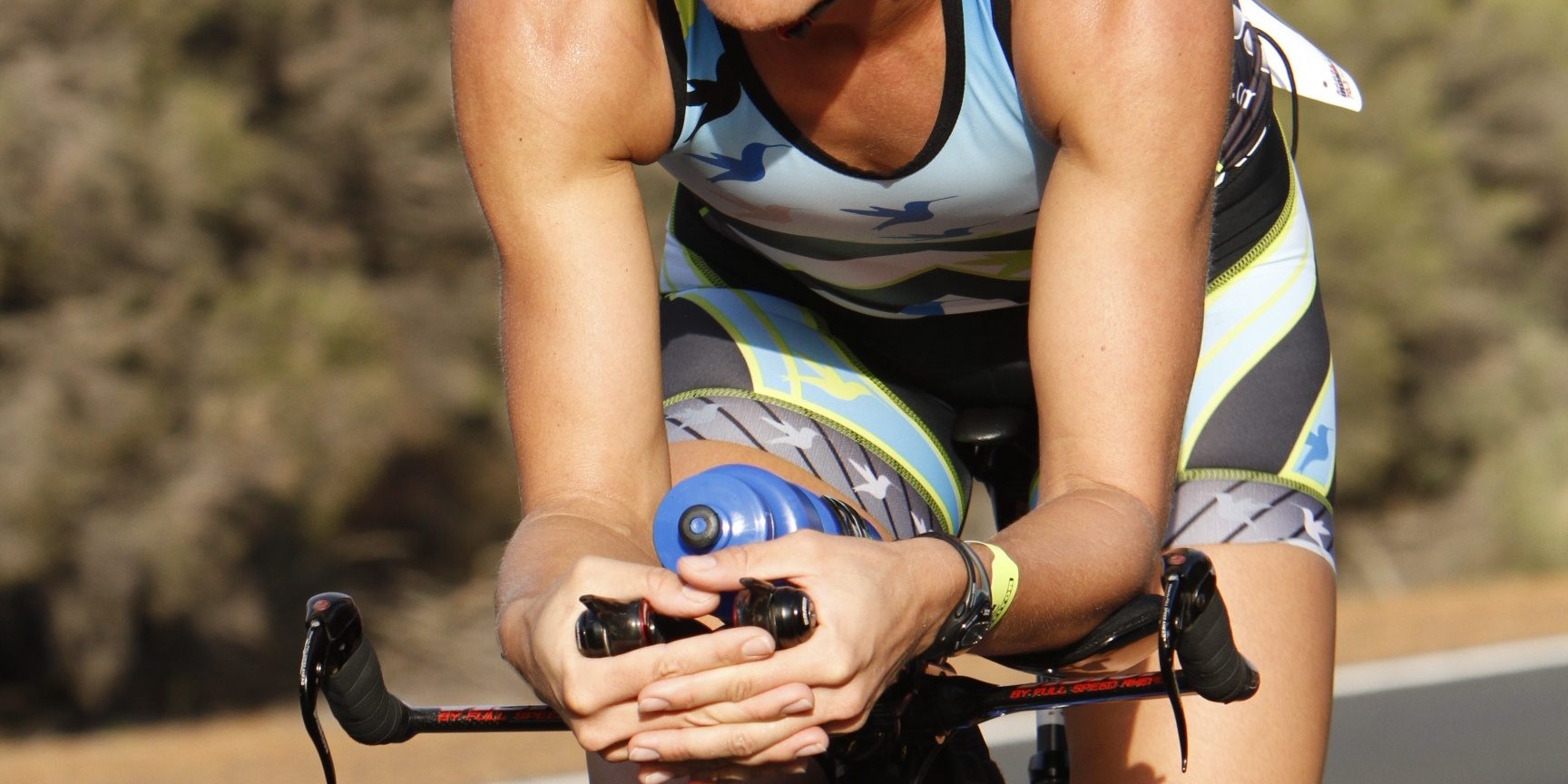 I’ve attached a letter/summary that one of my athletes wrote  that showed up in my inbox the other morning.  There was a point about 5 years ago where the plan was to walk away from coaching.  Sharing the journey with athletes is one of the reasons that I never walked away. Almost any coach can make an athlete faster, but not every coach can take an athlete, even a high performing athlete that is coming out of a less than ideal coaching situation, and reintroduce to them, that sport isn’t about bad things and having a coach isn’t about bad feelings or negative experiences.

Personal thoughts from my first season as an Accelerate 3 athlete:

I’m going to start at the beginning not like Genesis “In the beginning” (as that would take to long) but in the last November beginning when I made the move over to Brian as my coach. I had just come off a trip to Kona and was in desperate need of a coaching change. In fact, I knew this even before I set off for my 2nd Hawaii attempt so much so that on my first day on the Big Island I went and bought a whole new logo free race kit. It was time for a fresh start.

When I got home from Hawaii I started looking around the city and quickly decided that I needed someone outside of Perth – really far away for that matter. It needed to be someone with a fresh perspective and someone who was outside the triathlon fish bowl of Western Australia. A mutual friend passed my details on to Brian and vice versa and amazingly he fit the bill perfectly he was:

1. Far away and as such I wasn’t expected in his office for a weekly berating session and to be told I was fat (no one has that much self confidence that they don’t begin to believe it after 2 years)

2. No one else in Perth had him as a coach

3. He actually listened to what I had to say and what I wanted to achieve

4. He told me he could make me faster (and who doesn’t want that). 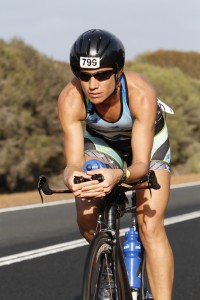 Janine on the bike

And so it started, and to be honest I was a little bit scared of what was to come. The first big change for me was the addition of a power meter to my bike. I had always thought I trained hard on the bike but in reality who am I kidding? I didn’t even come close to what I was capable of. I learned a whole new level of suffering really quickly. I also discovered power meters are a form of torture in that when you don’t reach the target numbers you get really frustrated and also that when you are at the target numbers time seems to stand completely still. Brian also changed the structure of my training, which came as a bit of a shock to the system and took a lot of getting used to. In that regard I am lucky I have a really easygoing family that supports and accepts that this is something that I love.

The hardest thing for me to do was to trust Brian enough to get me where I wanted to go and where he thought I was capable of getting over this first season. I will admit at times I really struggled but as an athlete I have the personality that if it is written down I will do it and do it the absolute best I can. One thing I did appreciate (probably more than he knows) was that never once did he speak down at me, even when I did something stupid (and that happened a few times). There were always explanations or answers and a willingness to at least discuss ideas before deciding what was the best approach. Until this point I had never had that with a coach it had always been do as I say and don’t question it – ever. 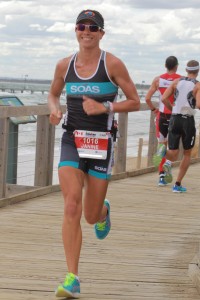 Janine closing in on winning her AG at IM Melbourne

Over the course of my Australian season I did the following races: 1 x Aquathon, 2 x Sprints, 2 x Olympic distance, 1x 70.3 and IM Melbourne.  In every race I won my AG and in every race I managed to do a personal best in some aspect of the race including many overall time PB’s. My favorite highlight of the year though was having the fastest female AG bike split at IM Melbourne, I had never before even come close to getting the bike prime and now at all my races not only was I close but actually achieving it – something I didn’t ever think was possible. I have finished the season off as the 35-39 AG State Aquathon Champion, State Sprint Champion, State Olympic Distance Champion and State Long Course Champion – a clean sweep of all the events. I have turned down my qualification slots to both the World Championships in Vegas and Hawaii and am having a winter of down time (read family time here), rest and recovery before starting my biggest triathlon-racing year ever this September at the Sunshine Coast 70.3. 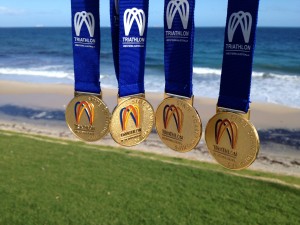 I should mention that my season did end a month and 1 x 70.3 race early from a tear in my quad tendon that felt more devastating at the time than it really turned out to be. I was forced to confront the long simmering fear that not training like a maniac would ruin me. My body and my life would fall apart then worst of all I would never get the fitness back (which remains to be seen but Brian assures me it will – though it may hurt a bit in the process).  I can now appreciate that I am not good at relaxing and having time off but I am learning to if not like then accept that mentally and physically I need it. In a few short weeks I will have completed my mandatory time off and I am excited about the beginning of a build into a new season. My quad tendon has almost completely healed and I have to take a very long over due family holiday where no bikes or training gear is to be packed (though my bathers and running shoes will probably make the trip anyways – you didn’t just read that Brian it is a figment of your imagination).

Now finally to finish off with some news that even Brian doesn’t know until he reads this – so it will be interesting to find out if he does read it first or just post it ….. I have been invited to race in the elite/open field next season for all Triathlon WA races even though I don’t have (and don’t plan on getting) my pro license. In IM and 70.3 I am still an AG athlete though. So that’s it my first season done and dusted with lots to be happy about so a big thanks goes to Brian who helped me get where I wanted to go and beyond. Cheers mate.