Track Workouts are NOT the Solution 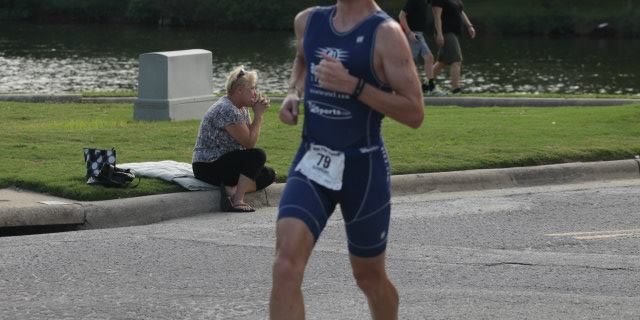 This is the first of several blog posts I plan on cleaning up and republishing. You can read the original post here.

In triathlon one of the most common things you’ll hear around the finish line are athletes saying “if only I had run faster” or “I need to run faster in my next race”.

Most often the triathletes saying “if only” are the same triathletes that run 2-4 times per week. A ack of running frequency is one of the greatest hindrances to running faster . It’s hard to significantly improve your running performance off 2-4 runs per week. I’m going to help you increase your run frequency to 5 runs per week with only minimal additional training stress.

While an increase in frequency may not sound as good as going to the track to get faster, would you step over quarters and dimes to pick up pennies?

Sure, you could have a better final 400m but you have ignored 99% of the run leg. Let’s go for the big results first then worry about those final touches.

If hitting the track and banging out quarters is out and increasing your frequency from 2-4 runs per week to at least 5 per week is in, how does one go about doing that? 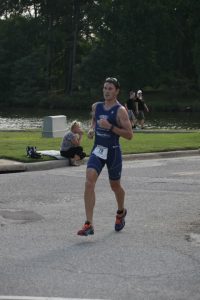 These additional runs should be easy. You are not trying to get on the Strava leader board with these runs. The goal is to increase frequency not haul ass twice a week.

If you’ve been running 3x per week for 45 minutes per run that’s 2:15 of running per week. Hardly enough to make gains throughout the season much less lasting gains that will follow you from this season to next. Two 15 minute runs represent an increase of 30 minutes or 22%. The recovery cost of a 15 minute run is extremely low, especially if you run easy, which is what you are tasked with. In five weeks you will have run the equivalent of 6 weeks of running. In 12 months you will run the equivalent of 14 months of running.

If you are running 8:00 per mile it’s 3.75 miles per week more running, which is further than the run leg of a sprint triathlon. It’s not a Herculean task. You can place these anywhere in your training for now, just get out the door and run easy a few extra times per week.

To give you a real-life example, many years ago I had a coworker who did triathlons. He was running twice per week. We looked at his schedule and added in 3 runs of 20 minutes to start. We progressed those to 40 minutes over a period of a couple of months. He knocked 10 minutes off his 10k road race PB…..in his first triathlon of the season. 1 minute per km faster or :15-20 faster over the last 400m? It’ should be an easy decision. My co-worker’s had the same issue so many triathletes have. Their run frequency was low which lead to in insufficient volume which meant a run that most often will leave you saying “if only”. 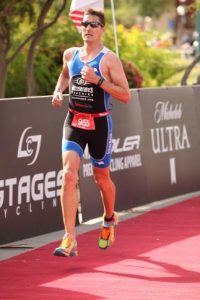 We built his volume through frequency instead of just increasing his volume. Those 3 extra 20 minute runs were a 50% increase in his total duration. When they were 40 minutes he was doubling his volume.

How much do you think you could improve if you ran the equivalent of two weeks every week?

Increasing frequency also helps increase volume. There is a symbiotic relationship between frequency and volume that leads to better running economy and a host of other physiological adaptations that help you run faster in races. We will discuss increasing volume in another post. Right now, you are tasked with just getting out the door for an easy 15-20 minutes a few more times per week.